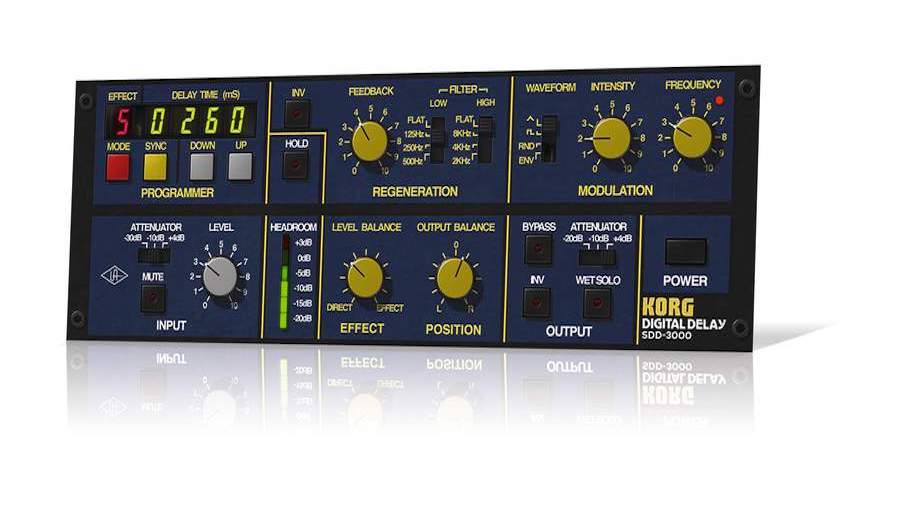 A delay is an effect created by an audio effects unit where it records an input signal into an audio storage medium and then plays it back after sometime. When someone shouts on top of a hill, the person hears himself back after sometime with a reduced volume. This phenomenon is known as ‘echo’. The same phenomenon when recreated artificially in the studio is known as ‘Delay’. Without any doubt, ‘Delay’ is one of the most powerful music production tools in the market today. Almost all modulation effects we hear are created using specific delays.

Here are some common terms used in context of delays:

How it all started?

As everything we see today, ‘Delay’ too has an interesting history. Presenting to you some bits of that story.

It all started around 1940’s when people started experimenting with the tape decks (reel-to-reel magnetic recordings systems). It was found that by changing the length of loop and adjusting read and write heads different types of delays could be produced.

In 1950’s the tape echoes were commercially released. Until then people were using the basic tape recording decks for delays which was not the most convenient option. In the tape echoes the length of the delay was adjusted by changing the distance between tape record and playback heads.

Earliest delays were tape based and used huge tape decks, which were not portable and needed prerecorded sounds to work. They were not real-time and hence could not be used live.

1950’s to 1970’s saw the dawn of various kinds of portable real-time analog delays, which became super famous. These were mostly tape based; here are some of the famous ones:

1970’s saw the dawn of digital reverb racks, which were very expensive. This was an amazing advancement for its time because the concept that movement of knobs could produce different kinds of delays was incredible.

Eventually the circuitry became smaller and in 1984 Boss came up with DD2, the first digital delay pedal of it’s time. This delay pedals have an analog to digital convertor which goes into a buffer storage where the sound can be temporarily stored and then repeated specifically.

Apart from the pedals the audio racks became more complicated and turned into digital reverb units and then finally into multi-effect racks.

Here are some famous delay pedals and multi-effects units:

The power to emulate sound of expensive gear using inexpensive software plugins is just amazing and this is exactly what started to happen in early 2000’s. Furthermore, companies like lexicon got into the market and started to make plugins that could emulate the sound of real pedals or racks. Abundant system memory meant limitless audio buffer and hence more control over parameters.

As the computer configuration has become better over the years these plugins have outrun almost all competition. Having said that, I would also say that analog delays have a certain sound texture that no software plugin can emulate, hence they will always have their own place in the market.